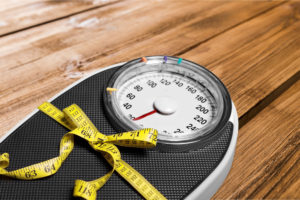 A recently published scientific study[i] has shown that BENEO’s slow release and low glycemic carbohydrate Palatinose™ supports additional loss of body weight and fat mass in overweight and obese adults, when replacing sucrose in a weight loss diet. These findings are linked to the advantage of Palatinose™ in steering the metabolism towards fat burning and highlight that carbohydrate choice matters in a weight loss diet, beyond calorie counting. The study has been carried out by Dr Helen Lightowler and Professor Jeya Henry at Oxford Brookes University’s Functional Food Centre in the UK.

The randomized, double-blind, controlled intervention study aimed to evaluate the effects of an energy-reduced diet containing Palatinose™ on body weight loss, in comparison to sucrose. Over a 12-week period, 50 healthy overweight and obese adults consumed either 40g of Palatinose™ or sucrose over four meals a day, as part of their energy-reduced diet (in total approximately 1700 kcal per day). The evening meal was free choice for participants. Changes in body weight, body composition (fat mass, fat free mass) and energy metabolism were assessed at the beginning of the study and every subsequent four weeks.

Both the Palatinose™ and sucrose groups lost weight over the 12-week study period. However, only those participants consuming Palatinose™ achieved significant weight loss; losing an extra kilo in comparison to the sucrose group. In addition, the Palatinose™ group also experienced a reduction in fat mass percentage (approximately 2%) and a significant increase in fat free mass percentage (i.e. lean body mass). These observed changes were linked to a greater reduction in energy intake and a higher fat burning rate with Palatinose™ compared to sucrose.

For the first time, researchers were able to show in one study the long-term benefits of body weight and fat loss, as well as short-term aspects such as higher fat burning and lower energy intake in the same people. For example, the breakfast containing Palatinose™ led to a significantly lower respiratory quotient[ii] than the identical breakfast containing sucrose, demonstrating a higher fat burning rate of up to 15% with Palatinose™.

Anke Sentko, Vice President Regulatory Affairs and Nutrition Communication at BENEO, comments: “This study clearly shows that carbohydrate choice matters when undertaking a weight loss diet. Using Palatinose™ instead of sucrose supports weight loss and the reduction of body fat in overweight and obese people, because it steers the metabolism towards fat burning. With 670 million adults worldwide now registered as obese[iii], this is an important step towards looking beyond calorie counting and considering instead what people can eat to help them better achieve their weight loss goals.”

[ii] The respiratory quotient (RQ) is assessed by indirect calorimetrie methodology and describes the ratio of carbon dioxide concentration in exhaled breath over oxygen concentration in inhaled breath. A lower RQ value points towards a higher contribution of fat oxidation, on the expense of carbohydrate oxidation, in energy metabolism.

[iii] Source: Food and Agricultural Organisation of the United Nations

View all posts by: Dawn Fontaine

The company that has changed the face of PR with its innovative infrastructure & unique pricing structure resulting in lean, yet target-exceeding performance.

We are excited for our client @_BENEO as they introduce meatless chicken chunks at FIE in Paris this week. Hard to tell this isn't real meat.
#plant-based #meatlesschicken #naturalingredients #FIE #HIE

We are thrilled for our @Eurocom

I love this idea of a café in Japan where they employ people who stutter. Similarly, China employs people who are blind to give massages.

What perfect ideas for finding an ideal place for peoples' needs and abilities!

What a cool use of technology: plastic eating plastics